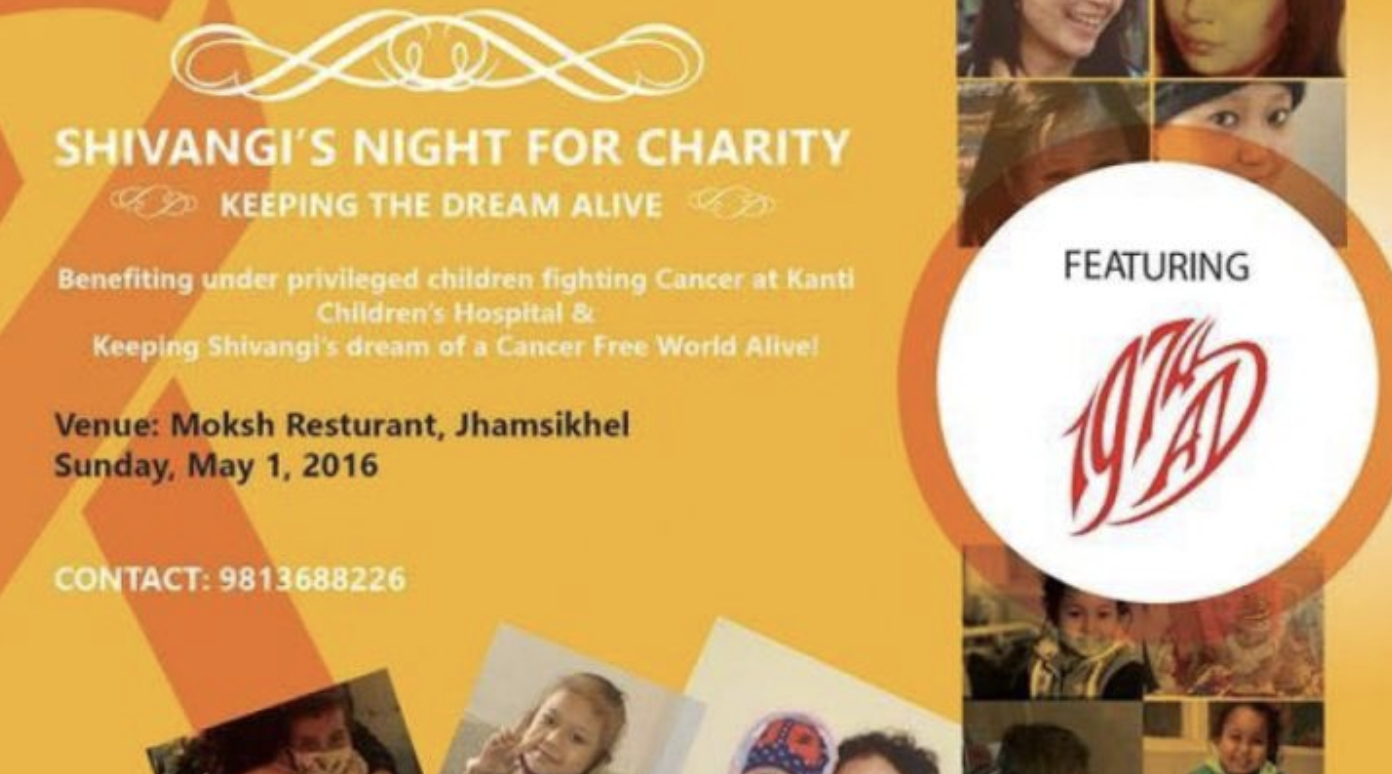 ‘Shivangi’s Night for Charity’ is a special event being held to help raise funds for children battling Cancer at the Oncology Department of Kanti Children’s Hospital, Kathmandu, Nepal. This event is a tribute to and in memory of our dear sister Shivangi, who lost her brave battle to cancer in March 2007. During Shivangi’s numerous hospital visits, it always tore her heart when children fighting cancer had to be denied treatment because of their family’s inability to pay. This event is a small step towards realizing Shivangi’s dream to help those children towards their fight against cancer.

So far, in the past four years, we have raised over USD 14,000 and 100% of the proceeds raised were directed to the treatment of four children at Kanti Children’s Hospital thus gifting innocent children “hope” for a brighter future. Although we lost one battle along the way, we fought and won six others. The six children we supported are now all in the maintenance phase and successfully on their road to recovery.

This year’s event will help more children through their maintenance phase. Additionally, we will also be supporting two new children.

The funds raised from this campaign will be mobilized through Rose Foundation Nepal, an NGO based in Nepal working towards raising awareness about different types of cancers, their symptoms and treatment.